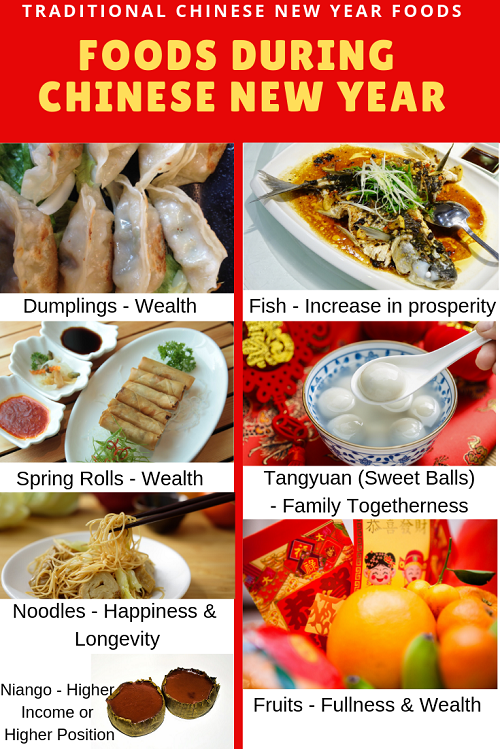 Fish (鱼—yú) is one of these 7 Traditional Chinese New Year Dishes and it symbolizes as increase or surplus in wealth and prosperity. Every Chine likes surplus and it is related to making more in next year. Chinese people love to eat steamed fish on the happy occasion of the Chinese New Year. Chinese people steam whole fish and eat one half of the fish for dinner on the Chinese New Year’s Eve and other half eat on the next day. This act is assumed as the surplus and future prosperous while a whole fish is considered as a harmonious. Also, some people cook bigheaded carp and eat the middle part only while the head and tail remain untouched. This is to be assumed that the year will start in a surplus and also finish with a surplus.

The Fish can be prepared in different ways including as steaming, boiling and braising. Some of the very famous Chinese fish dishes are vinegar sauce steamed fish, pickled cabbage chili fish, steamed weever and spicy broth boiled fish.

Dumplings are one of the most eaten Chinese occasional food. This dish is traditionally eaten on Chinese New Year’s Eve every year and it is most popular in the whole of China, especially in the Northen part of China. Chinese dumplings are like Chinese silver ingots (boat-shaped, oval and turned up at both ends). According to the Chinese Legend eating more dumplings on the New Year celebrations cause an increase in your money during the New Year. 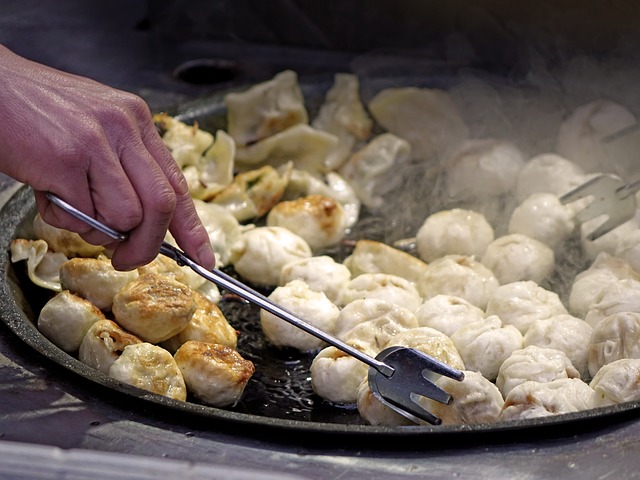 The Spring Rolls are eaten during the Chinese New Year and it is the most known Chinese cuisine. Chinese Spring Rolls are mostly used as snacks, appetizer and dinner dishes. It is most popular in the Eastern part of China including Jiangxi, Jiangsu, Fujian, Guangzhou, Shenzhen, and Shanghai. 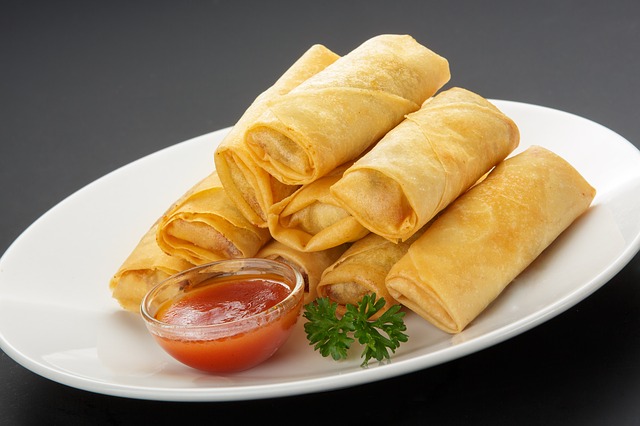 Cylindrical-shaped spring rolls (春卷 Chūnjuǎn /chwnn- jwen/) are filled with vegetables, meat, or something sweet. These rolls are wrapped in thin dough and fried until the golden-yellow color. Different sizes and shaped Spring rolls can also be made through baking or steaming but deep-fried are most popular. 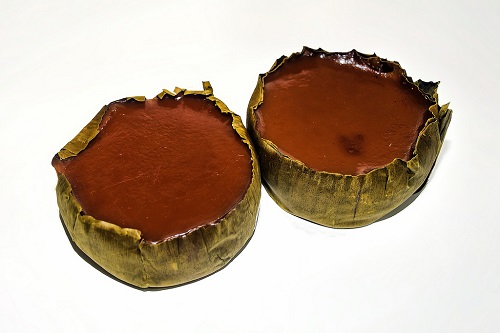 年年高 (niánnián gāo /nyen-nyen gaoww/): “getting higher year-on- by year” means that it can increase in business, raise children’s height, success in study, and job promotions.

Tāngyuán is known as sweet rice balls and it is one of the most important Chinese New Year Lantern Festival food recipes. In the south part of China, people eat this recipe throughout the Spring Festival. In Chinese symbolization, the tangyuan is associated with a family reunion and togetherness. This is very famous among the Chinese people during the Chinese New Year celebrations. 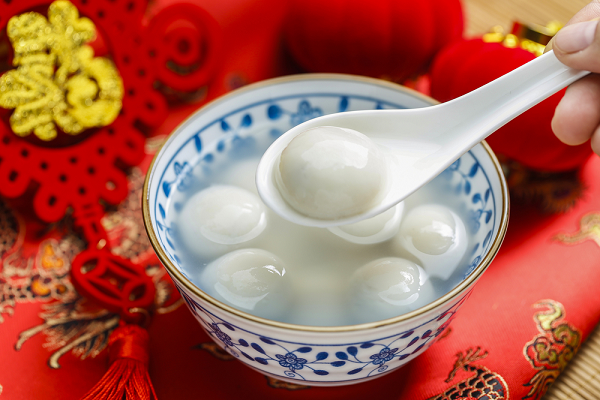 The longevity Noodles is also a Chinese New Year Food Dish that has symbolic meanings in Chinese culture. These noodles are much longer and uncut as compared to the normal noodles. The longevity noodle’s meaning is associated with the wish for longevity. 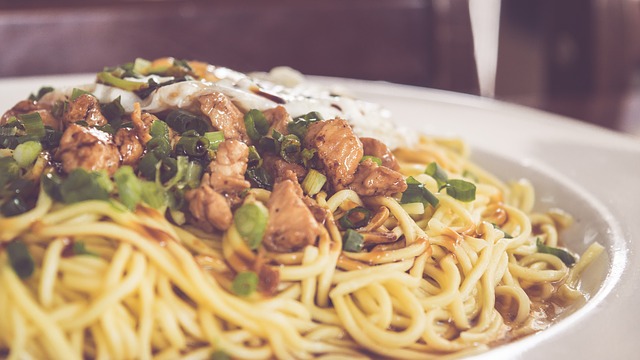 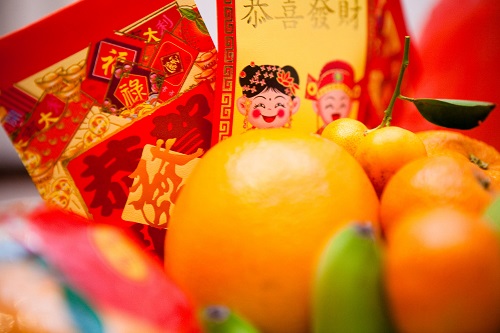 Chinese people eat many kinds of fruits on the occasion of the Chinese New Year Spring Festival. These good fortune fruits are round and golden color and the following fruits are included in it which are pomelos, tangerines, and oranges. These good fortune fruits symbolizing the fullness and wealth. It is considered that good luck and fortune bring due to eating and displaying tangerines and oranges.

The vegetable dish is called 田园素小炒 (tián yuán sù xiǎo chǎo) in Chinese. On the happy occasion of the Chinese New Year, a mixed vegetable dish can be seen on the table which has different kinds of mushrooms, jujube and Chinese cabbage included.

Some symbolization associated with vegetables are: